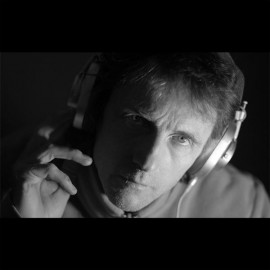 Bruce Mortimer quietly goes about evolving his artwork in his studio in Wellington, developing and experimenting with styles in multiple artistic mediums, that go out into the world as somewhat fine-tuned, coherent and original series of works, whether they are expressionistic paintings depicting cityscapes and landscapes, architecturally inspired abstracts, or photorealistic drawings.

There is an overriding sense of simplicity and solitude in many of his pieces, with a strong sense of design and structure.  Reluctant to be thought of as only an artist; this could be attributed to a lifelong array of fairly solitary passions practiced across various countries, that have been underpinned by a love of fine art landscape photography.  Once a geologist by profession (including a stint as an University lecturer), this has long since been forgotten in pursuit of creativity, but helps him to make more sense of the beautiful loneliness that the world can offer to those who seek it and who don't require much else.

But in terms of his art, and why you are reading this, he is a former finalist (2015) and winner (2016) of the prestigious Signature Piece award at the New Zealand Artshow, as well as receiving smaller awards from various exhibitions. His artwork is in select art galleries such as Windsor.  His photographs are on display at Rydges Hotel in Wellington, as well as in a published coffee table book from 2007, which feature black and white landscapes of Southern Africa.  This all represents great feedback, but perhaps art should be more of a feed-forward sort of concept, at least in the mind of the artist.  You create because you create, and that's about it.  What happens afterwards is anyone's guess, and you can never know the true impact it might have.  You just try to guide that impact positively, and hope that the impact is positive on any particular individual.

So, any series of works that you've seen of could be considered the product of sporadic inspiration.  As this is being written (think of it as a snapshot in time), his projects do not in fact currently include any actual painting, other than that which is needed to finish a bespoke kitchen in his home which he shares with his family.  He has two music videos to work on and is in final editing for a series of golf training videos for a tech coaching startup app he has been a part of. This morning he ran to the summit of Rangituhi and back and practiced out aloud some of the Mandarin he's been studying.

Beyond next week might be completely different.  There are fifteen blank canvasses in the studio waiting.