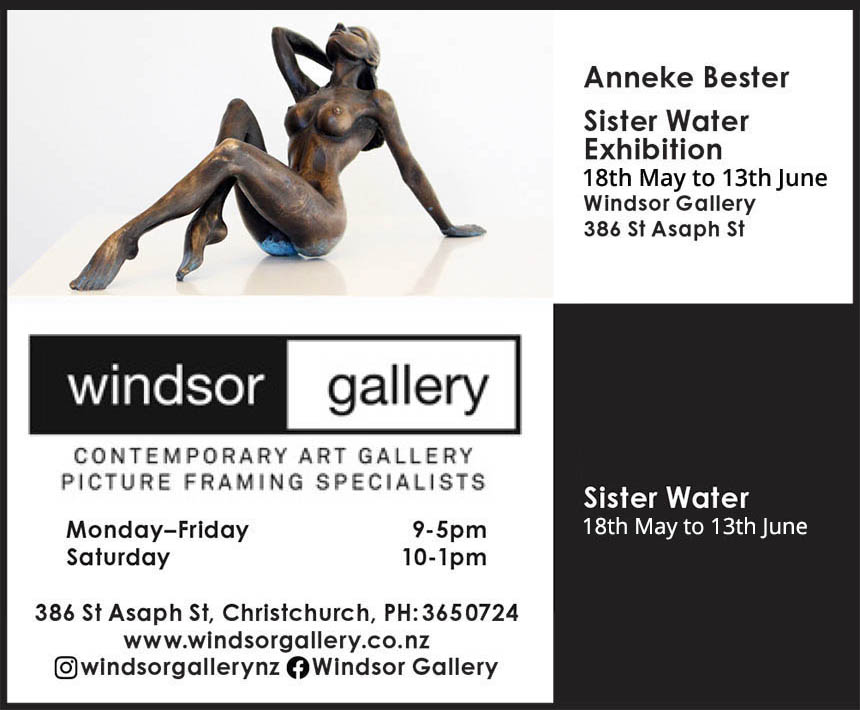 The works will be in the gallery following the lock down period.

Rhonye McIlory and Anneke Bester both come from a background in design and surrealism.  McIloy worked in the fashion industry and Bester as a props sculptor for films that include Andrew Adamson’s Chronicles of Narnia: The Lion, the Witch and the Wardrobe.

McIlroy made the transition from clothing to the fine arts as a finalist in the Smokefree Fashion Awards in 1997 with paintings initially based on costume book designs.   Her subjects encompass the historical, the erotic and surreal with a particular interest in the history of Aotearoa.  She is a meticulous maker, her paintings characterised by an attention to the smallest details, which means that she usually exhibits eight or nine new works each year.   McIlroy is also the recipient of a number of art awards,  including the Premier Award from the Ashburton Society of Arts annual exhibition in 2016 for her painting, Discovery, Capt J Cook, Poverty Bay, New Zealand, 8 October 1769.

Her exhibition, Stone to Flesh features more than 20 works, representing sixteen years of her painting. The earlier of these are of Greek/Roman sculptures as well as historical subjects of Māori and Pākehā, and the story of her ancestors, Elizabeth and John Guard.   The subject of The Alligator Affair, (also known as The Harriet Affair 1834) is her great great great grandmother, Betty Guard, the focus of previous works based around her and 'Jacky' Guard,  a pioneering family of the shore whaling industry in early 1800s.  Betty and Jacky Guard’s arrival in Aotearoa in the 1830s, and being taken hostage by Māori in Taranaki were also the subject of The Plight of Betty Guard which was the recipient of the Premier Award at the Tasman National Art Awards in 2019.

Anneke Bester is a South African-born artist who has exhibited sculpture and paintings in Aotearoa, Portugal and Dubai through commissioned works and solo exhibitions.   Commissions have also included the film industry and movies that include director Peter Jackson’s trilogy of the Hobbit movies.  Her work is held in public collections in Aoteaoa, including the Hamilton Gardens in the Waikato, with Lewis Carroll and Alice in Wonderland’s Dormouse, White Rabbit and Mad Hatter. 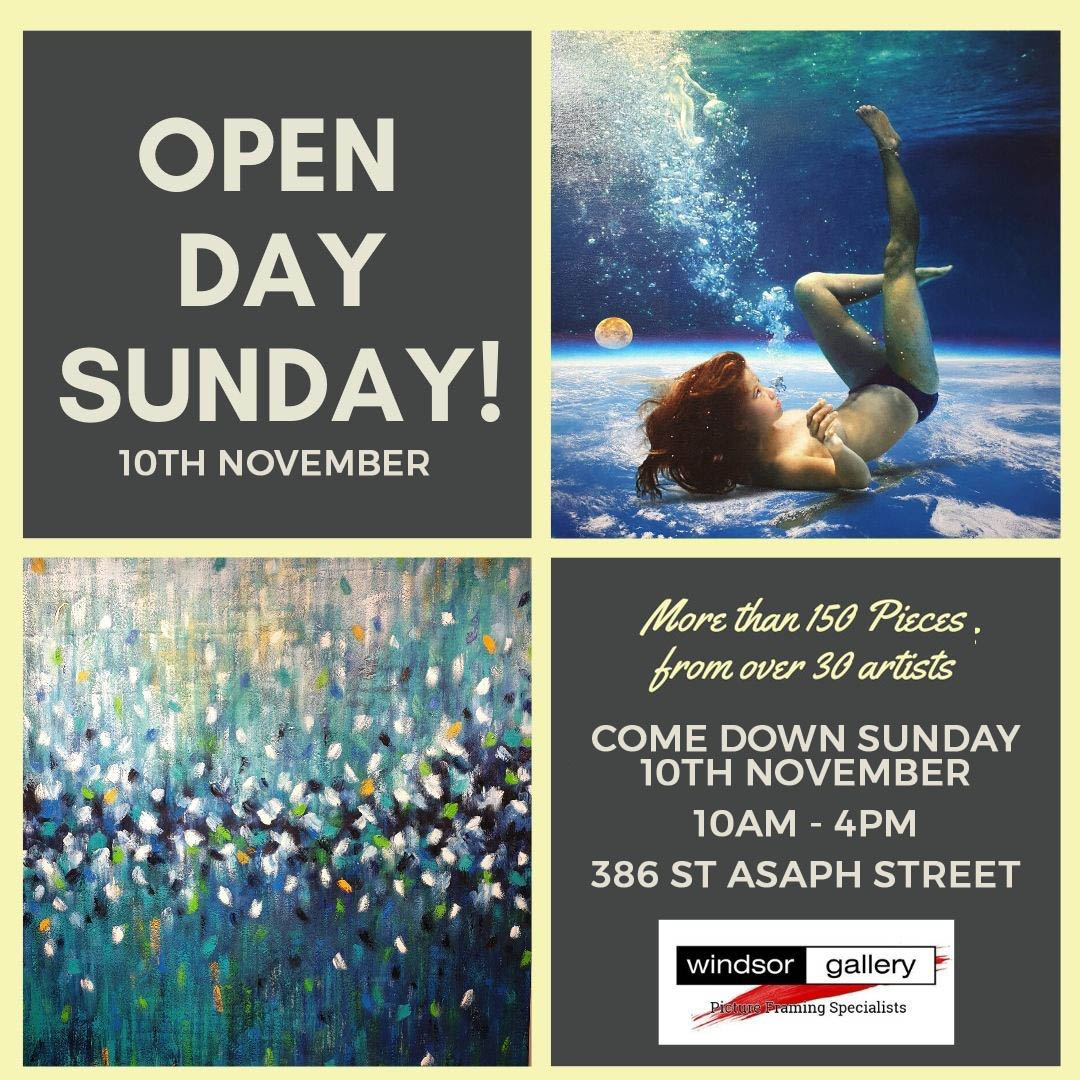 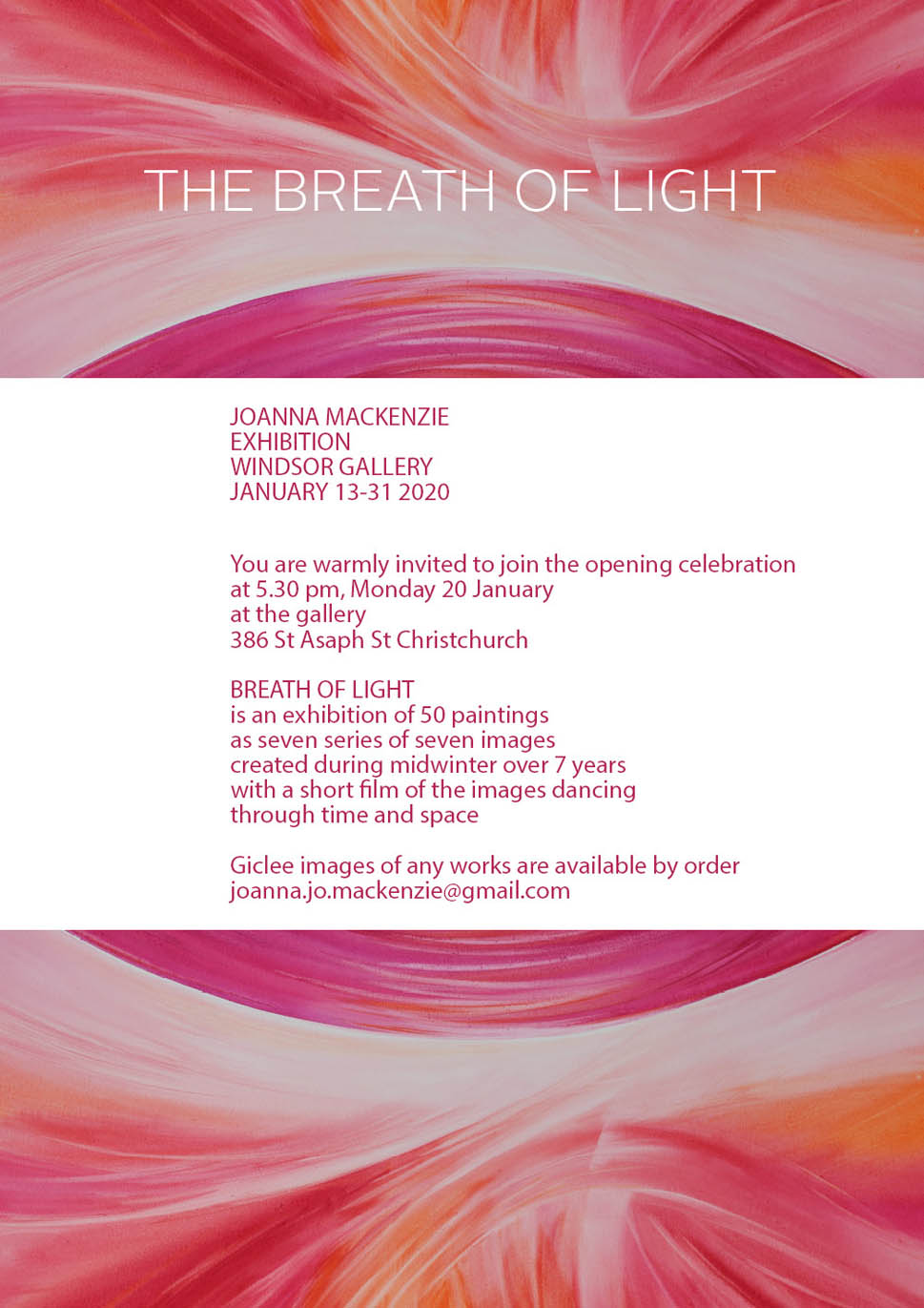 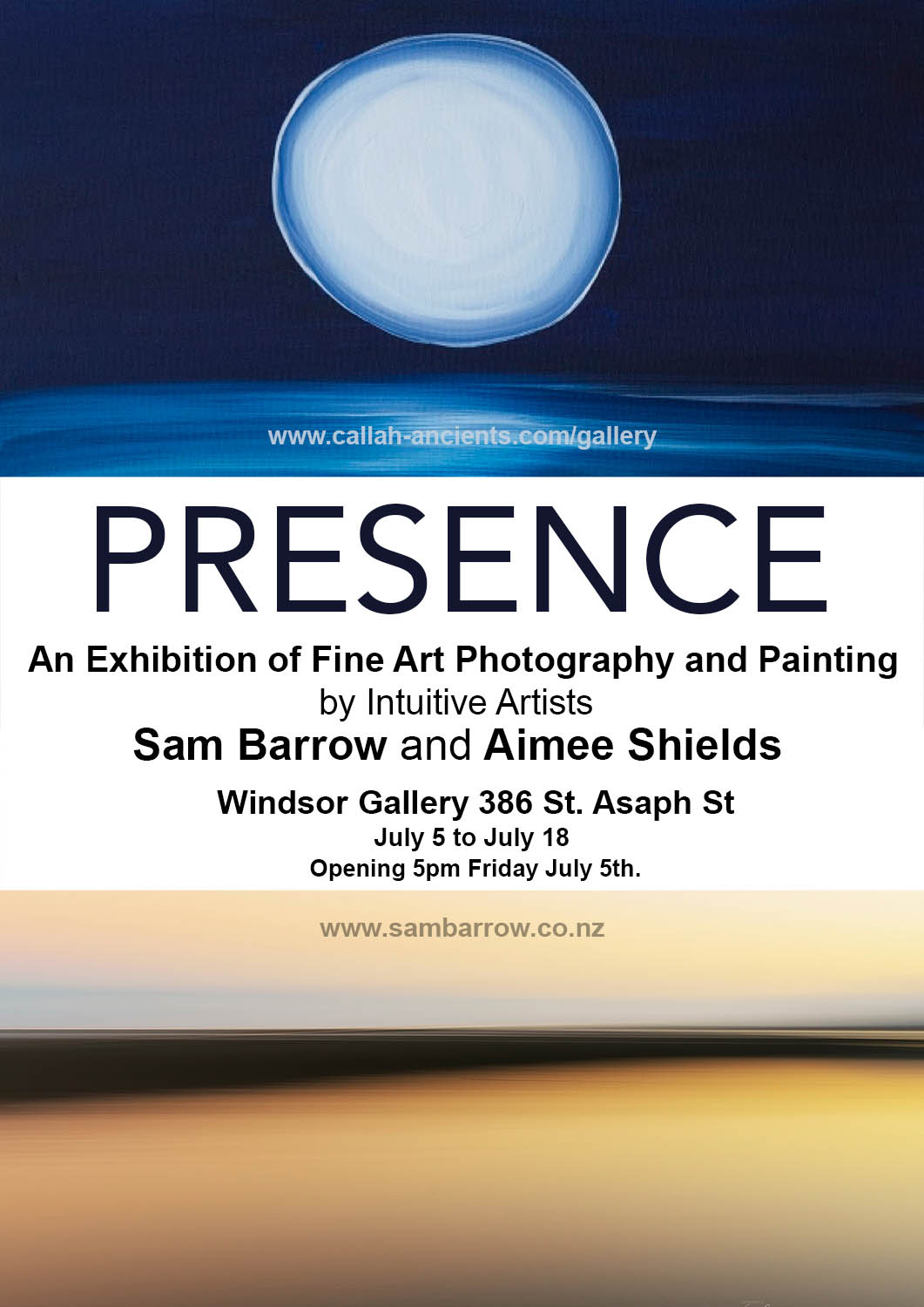 Windsor Gallery will be the Venue for the opening of Christchurch Pride Week with an ART SHOW.

This is a popular opening event for Christchurch Pride 2019 the Art Show showcases local and national artists and allies with artwork for sale on the night. 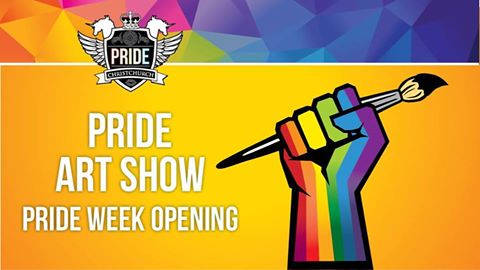 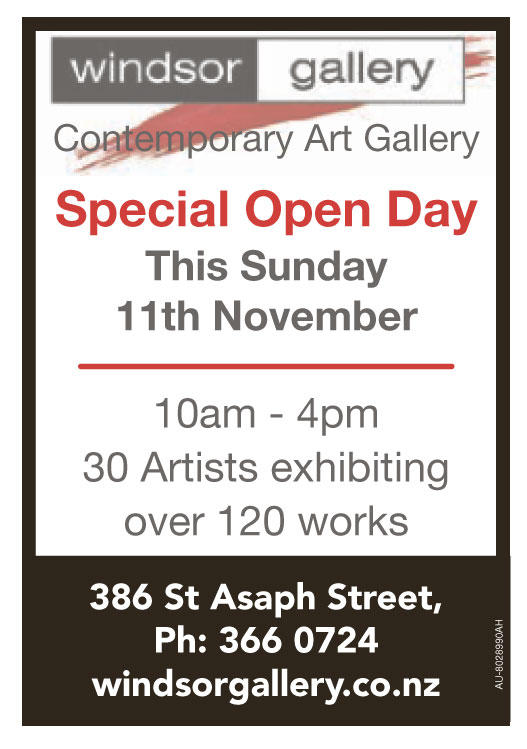 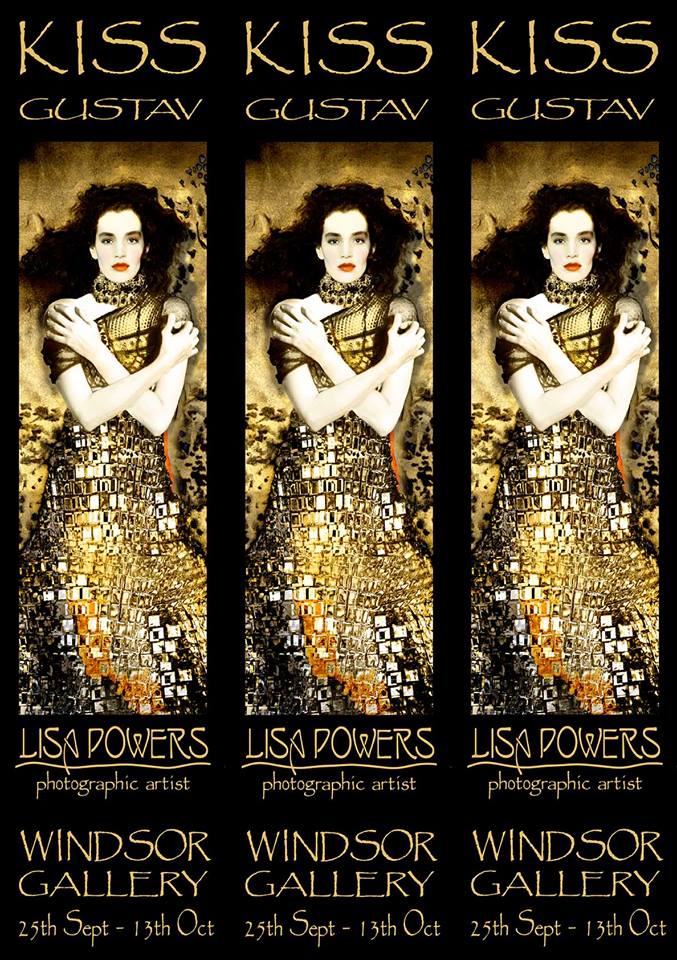 Windsor Gallery is proud to be exhibiting outstanding Award winning Photographic artist Lisa Powers.
Lisa will be having a joint exhibition with artist Helm Ruifrok on Tuesday 25th September.

Lisa will be having a joint exhibition with artist Helm Ruifrok. 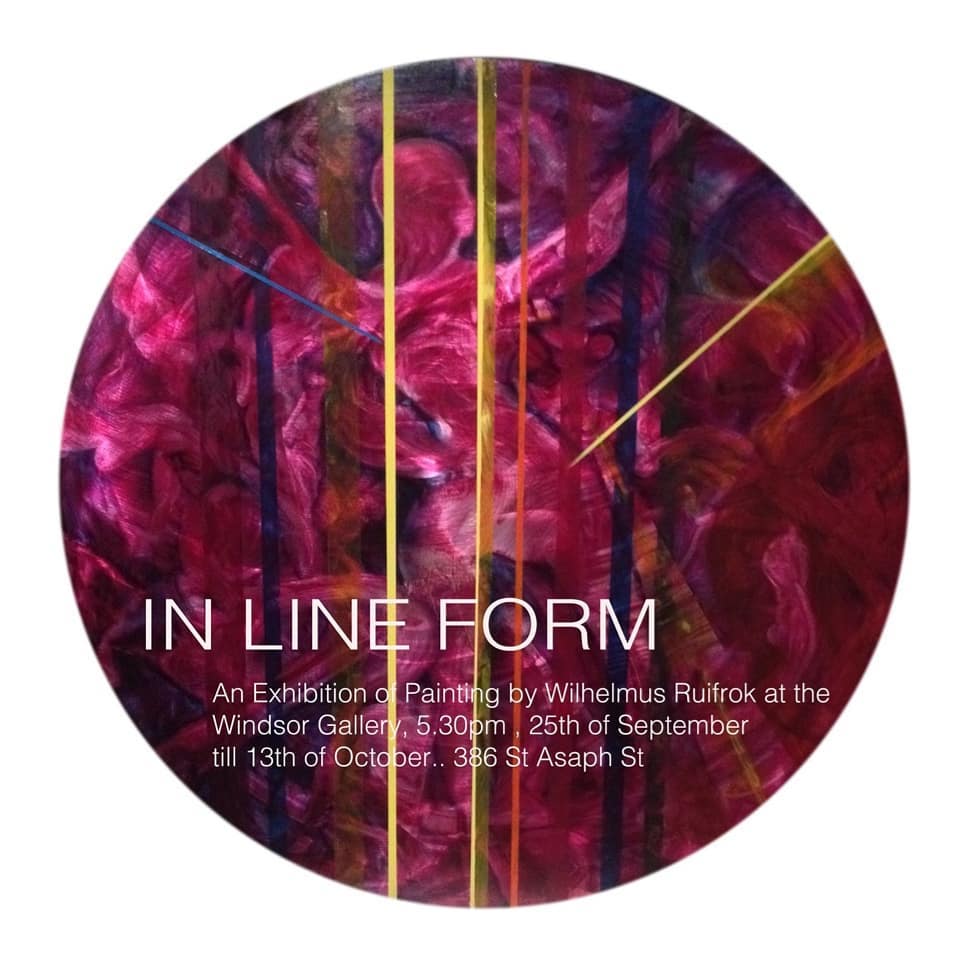 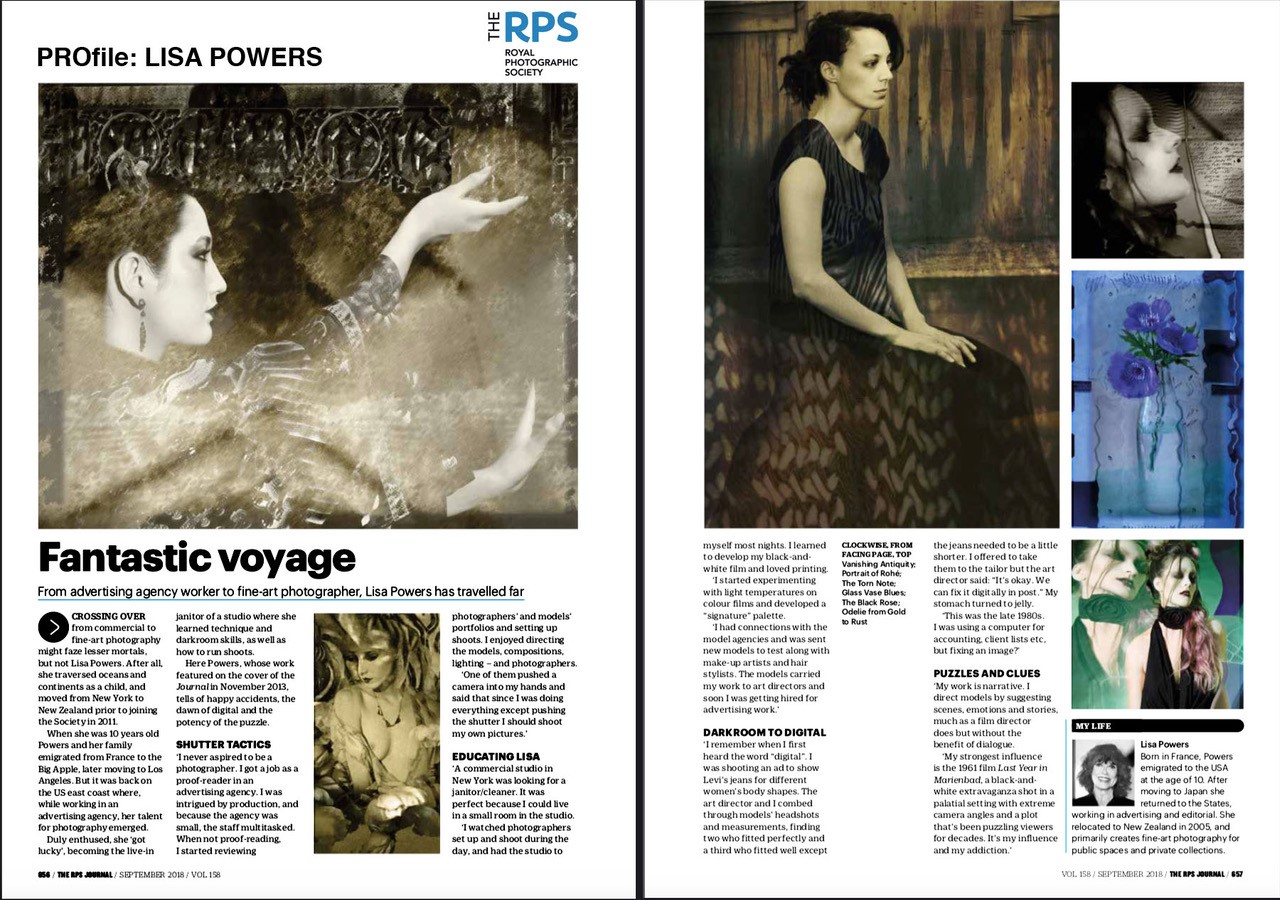 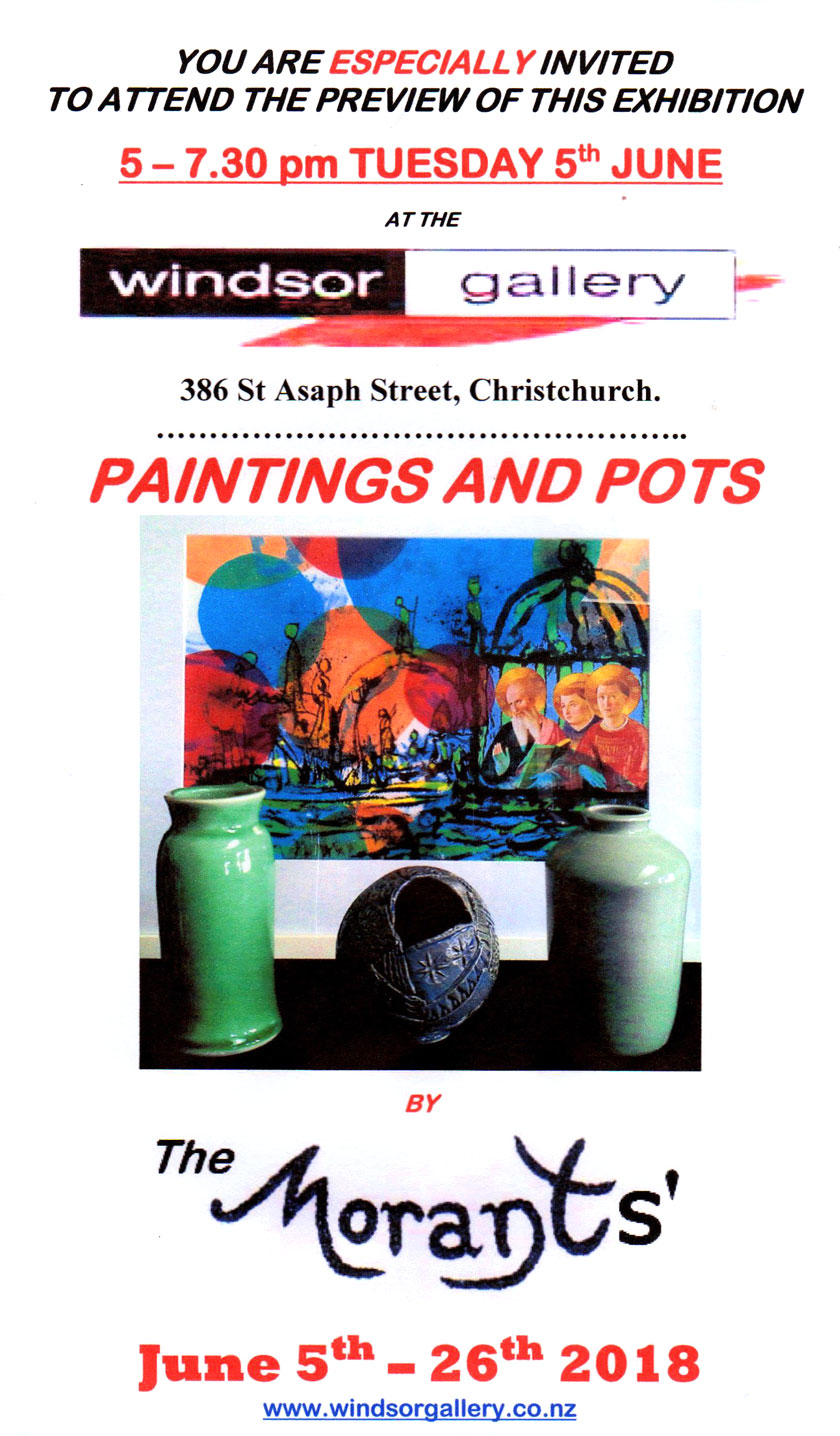 You are warmly invited to

Sue will be present for the opening Night 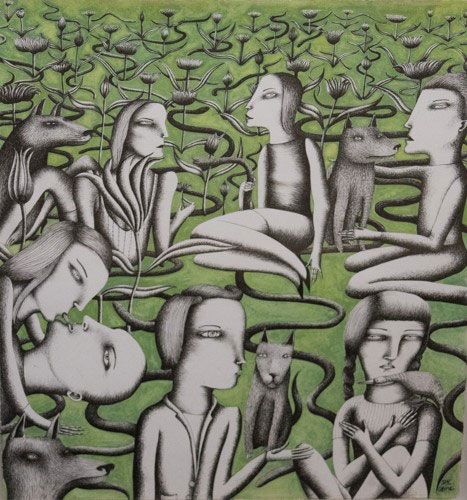 Ink and Water colour on paper

Exhibition runs until May 29th

You are warmly invited to the opening night
11th April, until 5th May

Waiting for Mother's to Come
Photo Realism Oils on Canvas by David Woodings
Work celebrating the arcade machines imaged over the last decade. 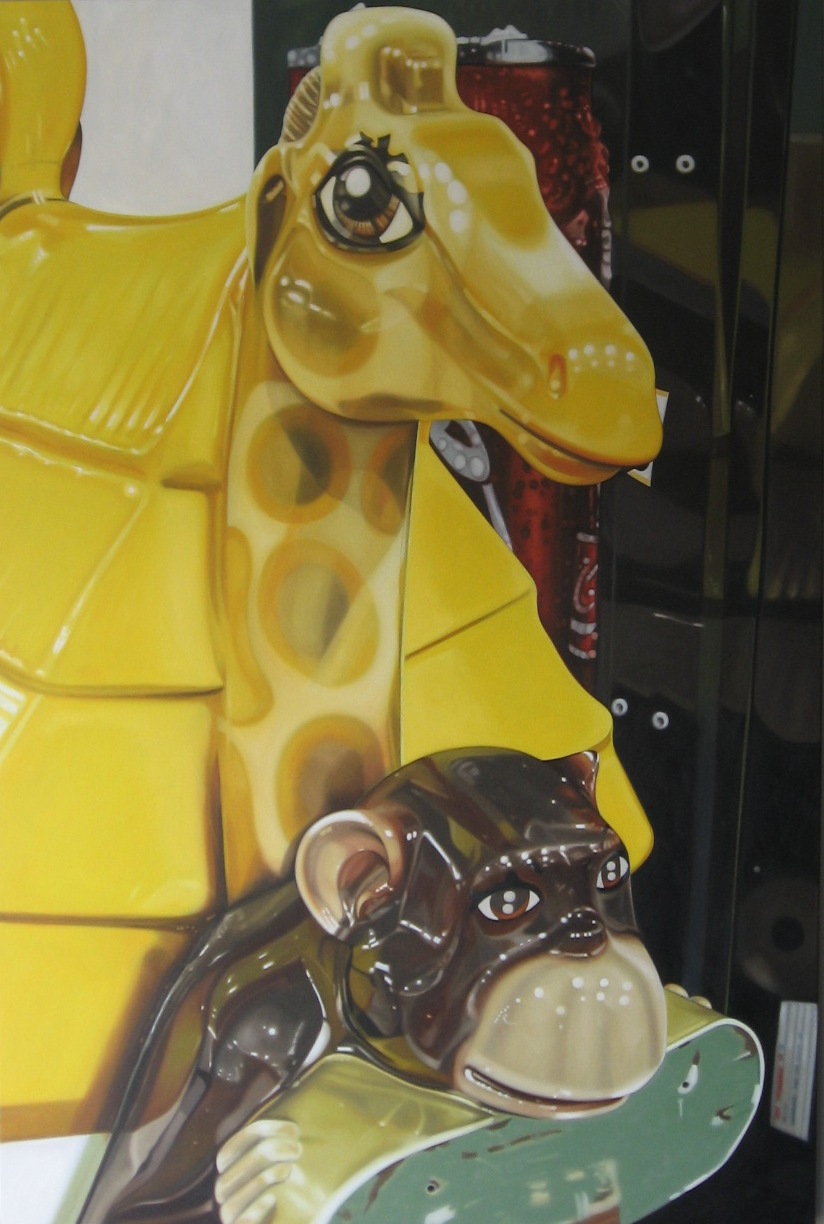 David Woodings is a Christchurch based full-time artist with a strong connection to the photo-realist painting style of American East Coast artists. This connection had its genesis when he saw the exhibition American Photo Realism at the Barrington Gallery in Auckland in 1974, and his first works influenced by the style were produced in 1978 during his years studying at the Elam School of Fine Art.
'Waiting for mother's to come' is a notional comment on the use of arcade machines as child minding entertainment, that without a mothers benevolence the machine is static, and that the joy of use is often the domain of a child and a Mother.
Watch for future exhibitions
details coming soon

We've teamed up with Christchurch Art Gallery Te Puna o Waiwhetu, The Physics Room and eight other galleries to bring light and colour to the beginning of autumn.

Explore the local art scene and art institutions from 6 to 9pm with a free hop on/hop off minibuses starting at 5.30pm. This event marks the release of the new Christchurch Art Map.  Or drive yourself using the new Art Map as a guide - we will have them available on the night.

Discuss art with Wilhelmus Ruifrok our in house artist who will be demonstrating his painting techniques in store at Windsor Gallery.

Enjoy the mix of Art at Windsor Gallery where we represent a diverse variety of contemporary art.
Schedule for Wednesday evening:

You are warmly invited to the opening night

Spirit of the South

Andris Apse is a landscape photographer who specialises in high quality panoramic photographs.

Open 9am to 5pm Monday - Friday

10am to 1pm Saturdays

A Selection of Landscape and Abstract Works by Linelle Stacey and Sam Barrow.