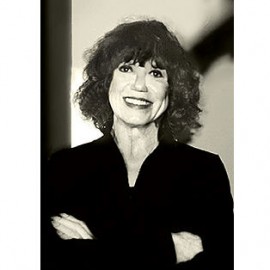 Lisa Powers was born in France, of French/Italian/American lineage, and raised in the US.

She worked as an art director and creative director in 'boutique' agencies in New York before deciding to quit her job and immersed herself photography which, in the early 80's, was learning about film, meter-readings, lighting, developing and printing in a darkroom.

Three years into her photography career, Powers travelled to Japan. In Tokyo, she formed Amnesia Studio, a 'concept-to-completion' agency with designer, Taki Ono, servicing clients in Tokyo and the US.

Powers returned to the US and worked for major clients in advertising, magazine editorials, catalogues,
album covers, and movie one-sheet posters.

Powers prefers to work in her studio where she can have full control of the light
and focus more intimately on the models, without the inevitable distractions of shooting outdoors.

Her work has won several prestigious awards, and she was honoured with Distinctions by the Royal Photographic Society, UK.

In 2005, Powers relocated to New Zealand, where she currently lives, and works primarily in FineArts photography for public spaces and private collections.