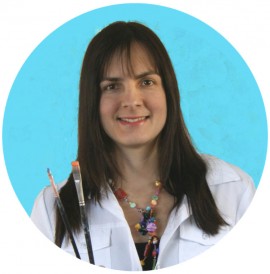 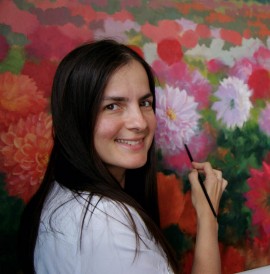 Livia has been a professional artist and art tutor since 2000. She was born in Brazil and moved to New Zealand in 2009.

She was influenced by her uncle who is a professional artist and art tutor. She began drawing and painting at the age of 13. Her passion for art has never stopped since then.

Her style is influenced by aspects of her classical training and a passion for studying European Impressionist artists like Spanish Joaquin Sorolla and Swedish Anders Zorn.

“As an artist, I'm passionate about painting the beauty that exists in Nature and transitory moments of our lives. With vibrant colours, texture and loose brushwork I seek to immortalise moments that don’t happen exactly the same way again in time. My goal is to capture light and movement and combine that with my own vision and interpretation of that moment.” Livia says.

She has exhibited in several countries with much of her work residing now in private and corporate collections worldwide.

Livia has also received several awards and has been featured in Magazines and TV Programmes.

More recently Livia has become a popular teacher through her online courses sold primarily through her website. She has her own studio where she runs workshops and creates her art.

● Master's degree in Art Teaching at Fine Arts University of Paraná, in Brazil (2005-2007)
● Bachelor’s degree in Marketing and Advertising at Catholic University of Salvador in Brazil (1998-2001)
● Five years of training in drawing and painting at Gilberto Dias Atelier (1993-1998)

2019 - Featured in a British TV Series documentary called ‘The World’s Most Scenic Railway Journeys - The TranzAlpine’.