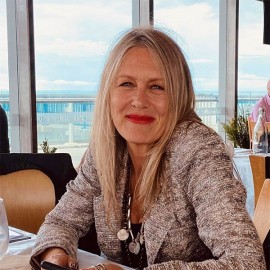 Her background is originally in the fashion Industry, gaining diplomas in Fashion Design and Fashion Merchandising while based in Europe and Asia for a decade. Rhonye was also a finalist in the 1997 New Zealand Smoke Free Fashion Awards, following that she then established her own clothing label the same year.

Her passion for the drawing of detailed figures and clothing during this time coupled with visual experiences overseas drove her interest to paint what she had seen. The first works in 2004 were based on the Roman- Greek structures which was then followed by a series of erotica and surrealism.

Rhonye’s inspiration comes from everywhere including – New Zealand history, photography, fashion, films, books, art, antique props, costume design, and some imagination to give her painting/story a twist. Work is primarily acrylic on board creating a series of finely detailed figurative layered works.

A love of fashion and especially the tophat has seen this become her trademark in most paintings since 2011 which detailed many aspects of early New Zealand colonial history. It began with a series of finely detailed work of Captain James Cook and his Voyages from 1768 to 1779 following through to the Pakeha who lived as Maori, intermarrying and adopting many of their ways.

Current work explores Rhonye’s ancestors “The Guard Family”, John (Jacky) and Elizabeth Guard, pioneers of New Zealand’s shore- based whaling industry in the Marlborough Sounds during the early 1800’s. Their son John was known as the first Pakeha child born in the South Island in 1831. The Harriet Affair involving the Guard family was a fascinating piece of New Zealand History and has been referred to as one of the catalysts leading to the signing of the Treaty.

New Zealand’s rich history will continue to be inspiration for many more paintings.

Rhonye McIlory and Anneke Bester both come from a background in design and surrealism.  McIloy worked in the fashion industry and Bester as a props sculptor for films that include Andrew Adamson’s Chronicles of Narnia: The Lion, the Witch and the Wardrobe.

McIlroy made the transition from clothing to the fine arts as a finalist in the Smokefree Fashion Awards in 1997 with paintings initially based on costume book designs.   Her subjects encompass the historical, the erotic and surreal with a particular interest in the history of Aotearoa.  She is a meticulous maker, her paintings characterised by an attention to the smallest details, which means that she usually exhibits eight or nine new works each year.   McIlroy is also the recipient of a number of art awards,  including the Premier Award from the Ashburton Society of Arts annual exhibition in 2016 for her painting, Discovery, Capt J Cook, Poverty Bay, New Zealand, 8 October 1769.

Her exhibition, Stone to Flesh features more than 20 works, representing sixteen years of her painting. The earlier of these are of Greek/Roman sculptures as well as historical subjects of Māori and Pākehā, and the story of her ancestors, Elizabeth and John Guard.   The subject of The Alligator Affair, (also known as The Harriet Affair 1834) is her great great great grandmother, Betty Guard, the focus of previous works based around her and 'Jacky' Guard,  a pioneering family of the shore whaling industry in early 1800s.  Betty and Jacky Guard’s arrival in Aotearoa in the 1830s, and being taken hostage by Māori in Taranaki were also the subject of The Plight of Betty Guard which was the recipient of the Premier Award at the Tasman National Art Awards in 2019. 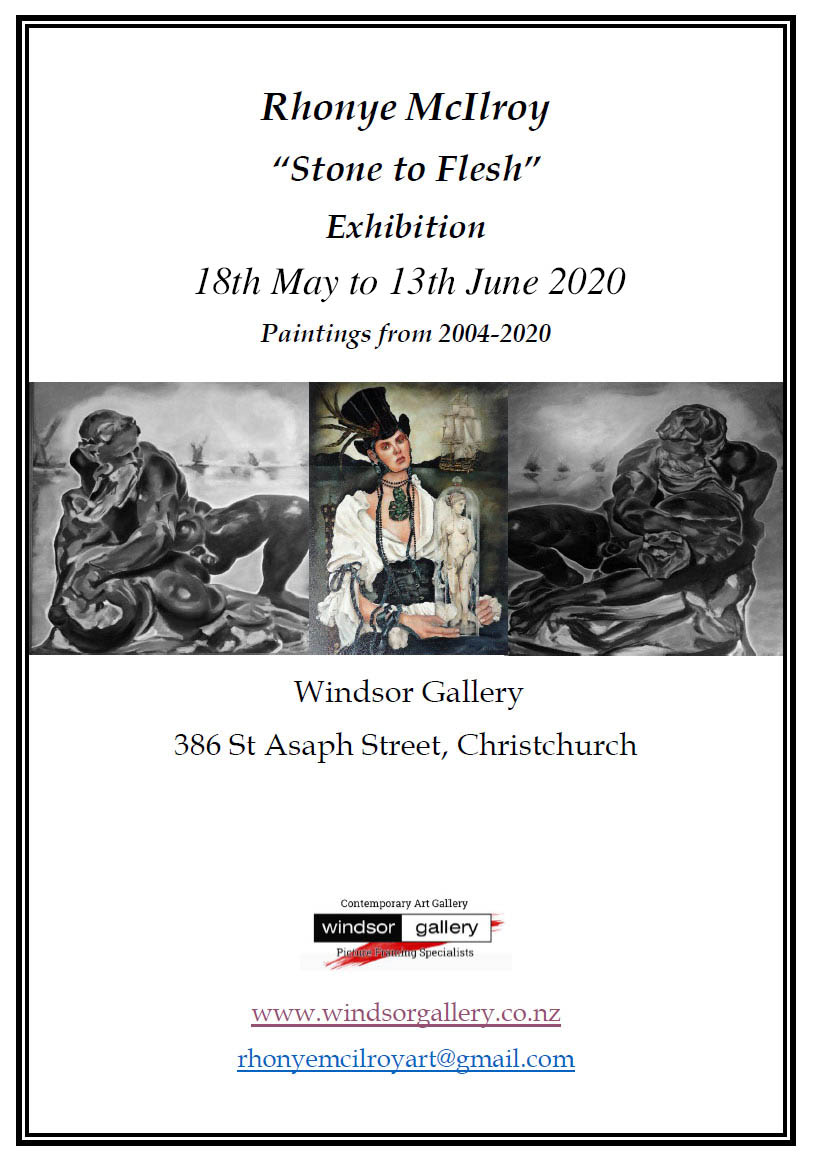