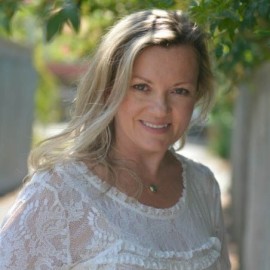 Svetlana began her journey as an artist at a very young age having inherited artistic abilities from her father.   She was born and raised in the Ukraine.  At the age of 12 after passing an entrance examination, she began a rigorous Classical Old Masters art education program, which would take her almost 10 years to complete.

After completing her education Svetlana made a living as an accomplished dressmaker as the opportunity to be a professional artist in the Ukraine was unheard of.  Life was difficult with limited opportunities in the former USSR.  Svetlana began looking for alternatives which would achieve a better future for her and her daughter.  So in 1992 she immigrated to New Zealand and once again commenced painting.  Svetlana has used oils and watercolours to achieve amazing success and reputation as one of New Zealand’s top artists and teacher.  She is best known for her detailed floral compositions and portraits using a contemporary realism style.

Some of Svetlana’s Art Awards and Achievements over the last 5 Years: